Are Smartphones contributing to our little ones acting out?

Studies from the journal of child development show that parents who spend more time on their phones are more likely to experience tantrums and sulking from their children.

Assistant Professor Brandon McDaniel of Human Development and Family Science of Illinois State University posed the question “Do you like when you feel snubbed, when that person isn’t validating or listening to you?” It’s the same feeling for kids but since they’re not adults, the way they show it is probably by acting out a little more.

The effect of using our phones may be more detrimental than we may think. Dr. Jenny Radesky a Developmental Paediatrician at the Boston Medical Center conducted a study of parent child interactions at a fast food restaurant; a whopping 70% of parents used their phones during their meal. A recent study of children showed that 54% of children feel that their parents use their phones too much and 32% of children feel unimportant when their parents use their phones. Another study asked children to describe how they felt when their parents were on their phones. Words such as “lonely” “mad” “angry” and “sad” were the words most frequently used to describe how they felt. This gives us some insight into the emotions that may trigger or contribute to temper tantrums in the home.

Technology has been a lifestyle game changer and now many more people are working from home and at irregular hours. This makes it even more important for us as parents to give ourselves time away from technology and to set boundaries like teatime and bedtime where there is a complete cut-off of technology. I recently spoke to a close friend of mine who went as far as downloading an app that effectively switches off his broadband connection at a certain time of the day to force him to switch off from his digital commitments to engage in the real world with his family. 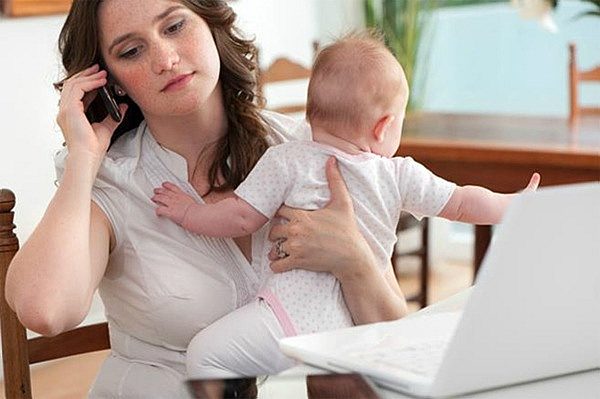 Studies show that parents often feel guilty about their use of technology and phones around their children, a practice which leads to what has been termed “absent presence”. Parents have admitted that they feel less effective in their parenting” due to technology use.

Technology will become more and more pivotal in how we rear children so it is ever more important for us and for our children to participate in activities that don’t involve technology. The value for families in taking a walk in the park, playing a game of football or arguing over a board game is priceless if we are serious about spending quality time together without the stress of our phones.

Some parents say they their phone keeps them sane and that there are parts of being a parent that are boring at times. We need to remember however that we risk missing out on important moments of our children’s lives by being distracted. We are setting a dangerous standard and these moments are fleeting, they are the moments that parents lament and wish they could get back. But if you still think its harmless wait until you have a teenager and the tables will turn.